no comments
Home
Attorneys
Do You Really Need A Divorce Lawyer?

Sometimes it’s clear that a marriage isn’t working out. Both parties agree that the relationship is over and it’s better to part ways. In times such as this, many couples believe that they can settle the divorce on their own, without a Divorce Lawyer. Of course, sometimes this is possible, but for the majority of splits, it’s usually advised to speak to an attorney prior to filing for divorce. Divorce can be difficult in the best of situations and during this highly emotional time it’s easy for issues to escalate when the parties try to handle things on their own. When both obtain counsel from a Divorce Lawyer, person to person stress is much less and it’s much easier for the parties to come to a mutual agreement when negotiations are between lawyers instead of each other.

During a divorce, patterns from the marriage may come into play. Traditionally during the marriage one spouse may have been outspoken and always got their way and the other spouse always gave in to keep the peace. Though seemingly unfair, that may work in some marriages, but it doesn’t work in divorce. Easily the less aggressive spouse can be taken advantage of during this time. Hiring a Divorce attorney, such as one from The Law Offices of Elan Wurtzel, ensures that the divorce settlement is fair for both parties. The attorney is well versed in the law and understands what divorcing spouses are entitled to, be it child support, alimony or marital property, and will work to make sure the laws are followed.

Because divorce is such an unfamiliar and emotional time, a divorce attorney frequently acts as a mediator between the parties, especially when conversation between the couple isn’t feasible. It’s common that the two attorneys will be able to facilitate an agreement much faster than the divorcing couple ever could on their own, allowing the divorce to proceed much quicker than it would without an attorney.

Though some may think their situation is different and they don’t need an attorney during this time, it’s always suggested to at least speak to one prior to filing. Many are surprised how much the attorney can help to keep their rights protected and the divorce moving forward with the least amount of turmoil possible for all involved. 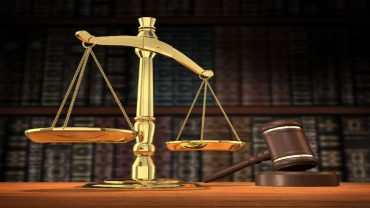